When you book with an account, you will be able to track your payment status, track the confirmation and you can also rate the tour after you finished the tour.
Sign Up
3500

Why choose us for organizing your trip?;

Feel free to call us. We can help with any of your queries.

Visiting the “Dikteo cave”, also known as “Zeus’ cave”, is an unforgettable experience for everybody. The cave is a part of “Lassithi Plateau” which is said to be the birthplace of god “Zeus”.

The experience continues, by visiting the largest aquarium in Europe-Cretaquarim. It’s a place full of mediterranean species and various ecosystems that will inspire you! 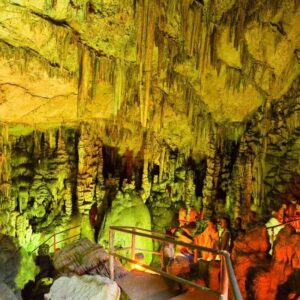 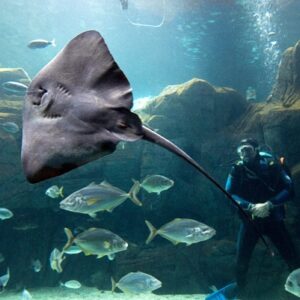 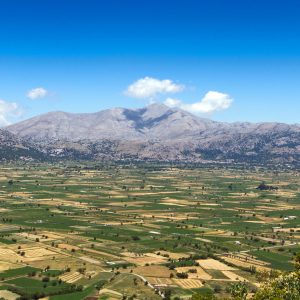 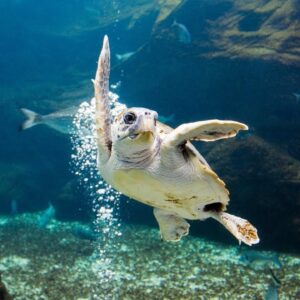 The idyllic Plateau of Lassithi, the birthplace of the god Zeus, is located 70km southeast of the city of Heraklion. It is located in a quiet and very fertile area surrounded by the wild high mountains of Dikti and several smaller plateaus. The altitude of the plain ranges from 800m to 850m, which makes it one of the few inhabited island areas of the Mediterranean at such a high altitude. Starting from our hotel, on the way,  we will pass opposite Sfentili and we will see the half-submerged village in the water reservoir of Aposelemi. Every winter the plateau is covered with snow and then thousands of Cretans find the opportunity to go out to admire the white landscape. For some years the snow remains on the mountain peaks until the beginning of summer. The 18 picturesque villages of the plateau are built at the foot of the surrounding mountains, leaving the plain free for cultivation. Everything is connected by a 23km ring road. In fact, this beautiful circular route is ideal for cycling. Today will will see thw most of those villages.

What made the Plateau famous are the famous windmills with the white sails, a trademark of the Plateau. These are mainly metal light windmills, most built in the late 19th century, for the purpose of irrigating the Lassithi plain. At the entrance of the Plateau, we find the largest mill with stone windmills in Greece that were used to grind grain. However, the most important attraction is considered to be the Cave of Psychro, next to the homonymous village of Psychro. Better known as Dikteo Cave, the cave has played an important worship role in antiquity, as the legend wanted Zeus,  the father of the gods, to be born here. That is why Lassithi is affectionately called the Bethlehem of Antiquity. Also, according to a version of the legend, in the cave Zeus was united with Europe, which gave birth to Minos. In the village of Tzermiado there is the small but important Cave of the Bank, better known as Kronio Cave.

Then , a short tour around CretAquarium, The largest aquarium in Europe.

The magic of the sea floor and the diving experience into such a familiar yet unknown world -the sea world of the Mediterranean – cannot be described in just a few words. This is the reason why we present some of the most interesting species to you during your tour at CretAquarium, as they are preserved in their particular ecosystems. We believe that this vist  will inspire and alert you!

A brief tour of the CretAquarium

Late In the afternoon we go back to our hotel .

Attention: The excursions will be carried out following the current developments and always with the advice of the experts and the protection measures covid-19 that we are all obliged to follow, in order to be safe.

This website uses cookies to improve your experience while you navigate through the website. Out of these, the cookies that are categorized as necessary are stored on your browser as they are essential for the working of basic functionalities of the website. We also use third-party cookies that help us analyze and understand how you use this website. These cookies will be stored in your browser only with your consent. You also have the option to opt-out of these cookies. But opting out of some of these cookies may affect your browsing experience.
SAVE & ACCEPT
Powered by